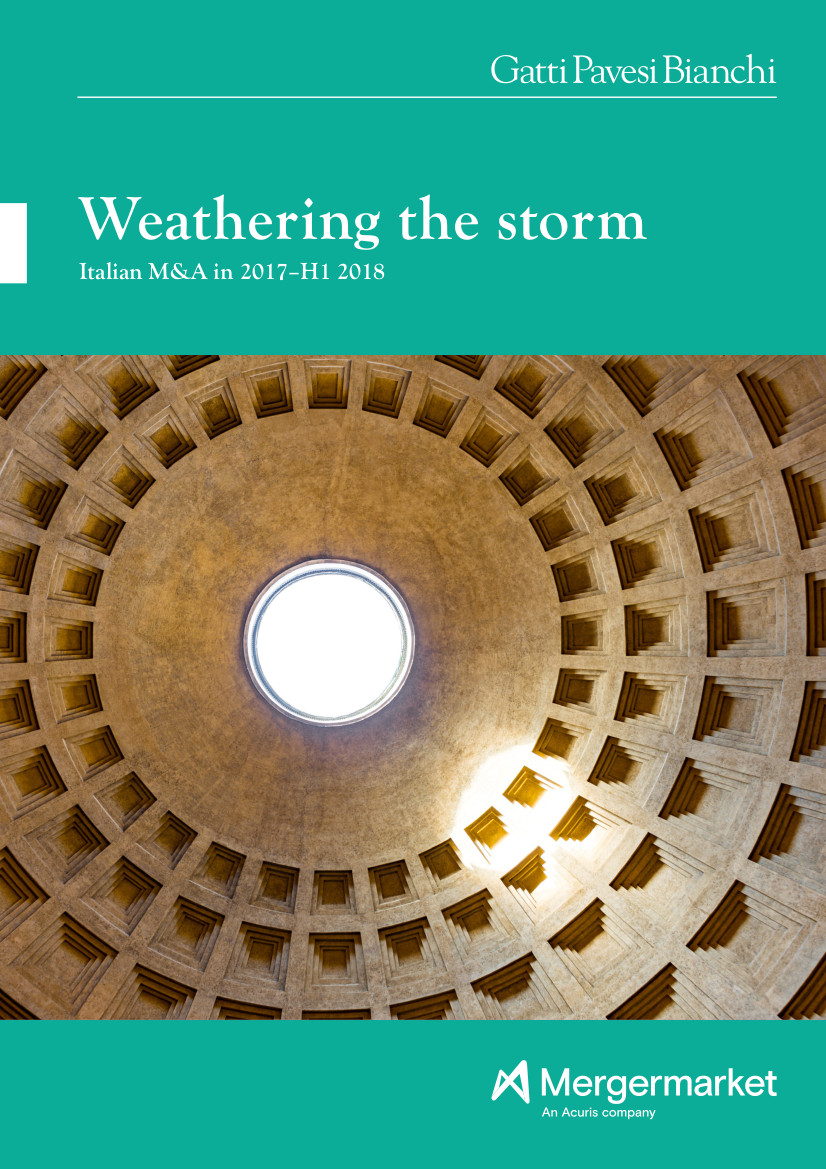 Italian M&A saw 286 deals worth €23.8 billion in H1 2018, showing a continuation of record-breaking deal activity in previous years, according to a new report from Italian law firm Gatti Pavesi Bianchi (GPB).
This emerges amid political and economic challenges in the region, following a period of uncertainty following elections in March 2018.
Deal activity has been driven by increased interest from foreign buyers eager to invest in Italy’s world-class products and brands. While the country has grown to be the fifth largest exporter of goods in the G20 and the second largest exporter of goods in Europe, M&A has also been used as a way to open channels to new markets around the world.

Key deals in H1 2018 saw traditionally important sectors in the Italian market remain strong – with significant deals taking place in the manufacturing, chemicals and industrials spaces.
M&A in Italy is thriving in spite of economic and political uncertainties in the region, and for companies who have long been able to ride out such uncertainties, the future looks bright.

Further key findings from the report include: